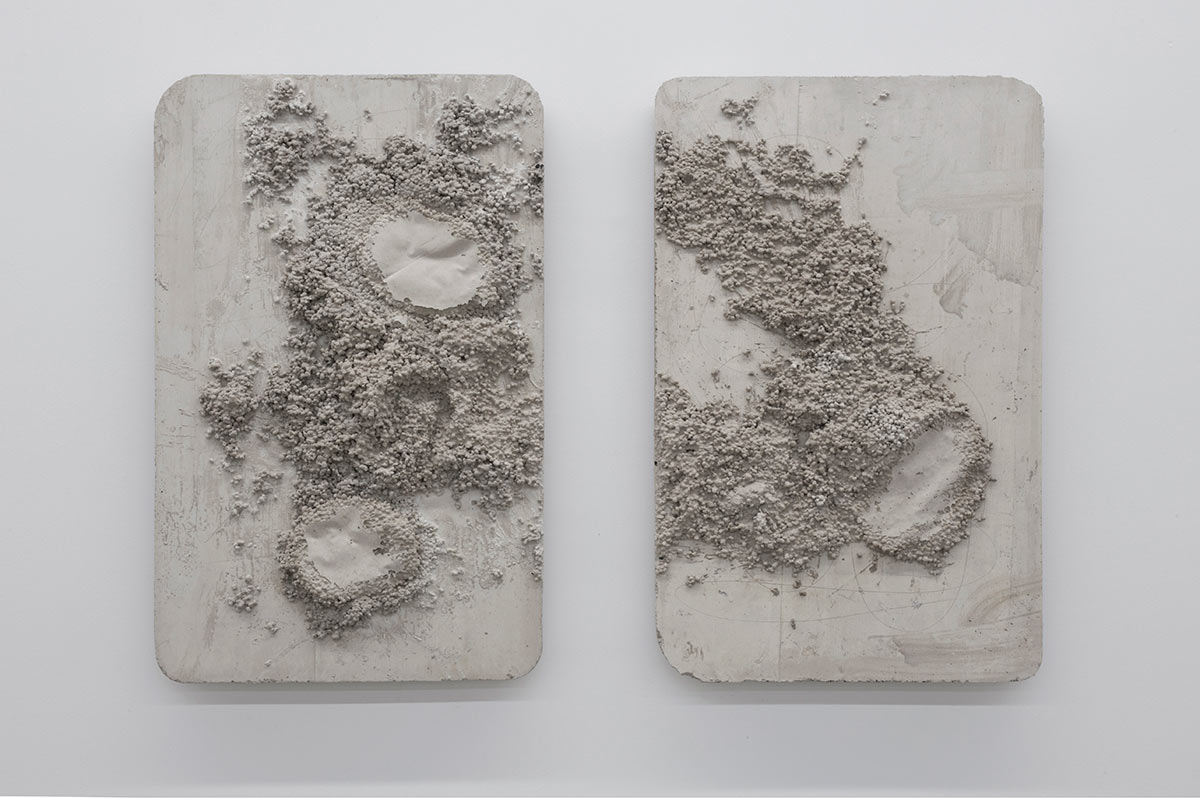 Luca Monterastelli was born in 1983 in Forlimpopoli, Italy. He works and lives in Milan, Italy. Monterastelli is developing and entirely individual, contemporary, sculptural vocabulary. His sculptures often consist of vertical, vaguely anthropomorphic forms, which create formal paradoxes that encourage the viewer to explore the work from up close. According to the American art critic Rosalind Krauss, a sculpture almost inevitably refers to the human body. The work of Monterastelli supports this idea. The titles of some of the works such as Only Hairs and Bones (2013) for instance, contain allusions to the physical imagination. Despite these bodily allusions, the artist makes primarily abstract work.

Monterastelli’s sculptures form an accumulation of geometric entities that each contain multiple, potential meanings. Aside from this playful formal language, his work is defined by his bold, robust choice of materials. Monterastelli clearly has a unique sense of materials and the mystery they evoke. As a spectator, one often does not know what material one is looking at. Is it cement or marble, limestone or linen?

Cling, Harder Than You Can

Surrender, You Do Want to Be Here

Take Your Time – This Is How You Do It

Make Fear Your Best Thing – This Is How You Do It

Warmth Will Go, Slowly, In the Universe – This Is All We Know

And The Eyes Fell To The Ground, Into The Dust

Blazes, In The Distance, On an Unknown Horizon

There Is a Black Eye, Watching Us

How to Establish a Proper Sense of Urgency

The work 'In the Twilight, Then We Will Rest' by Luca Monterastelli was chosen as one of the winners for the public call organised by the Emilia-Romagna Region to support and promote contemporary art.