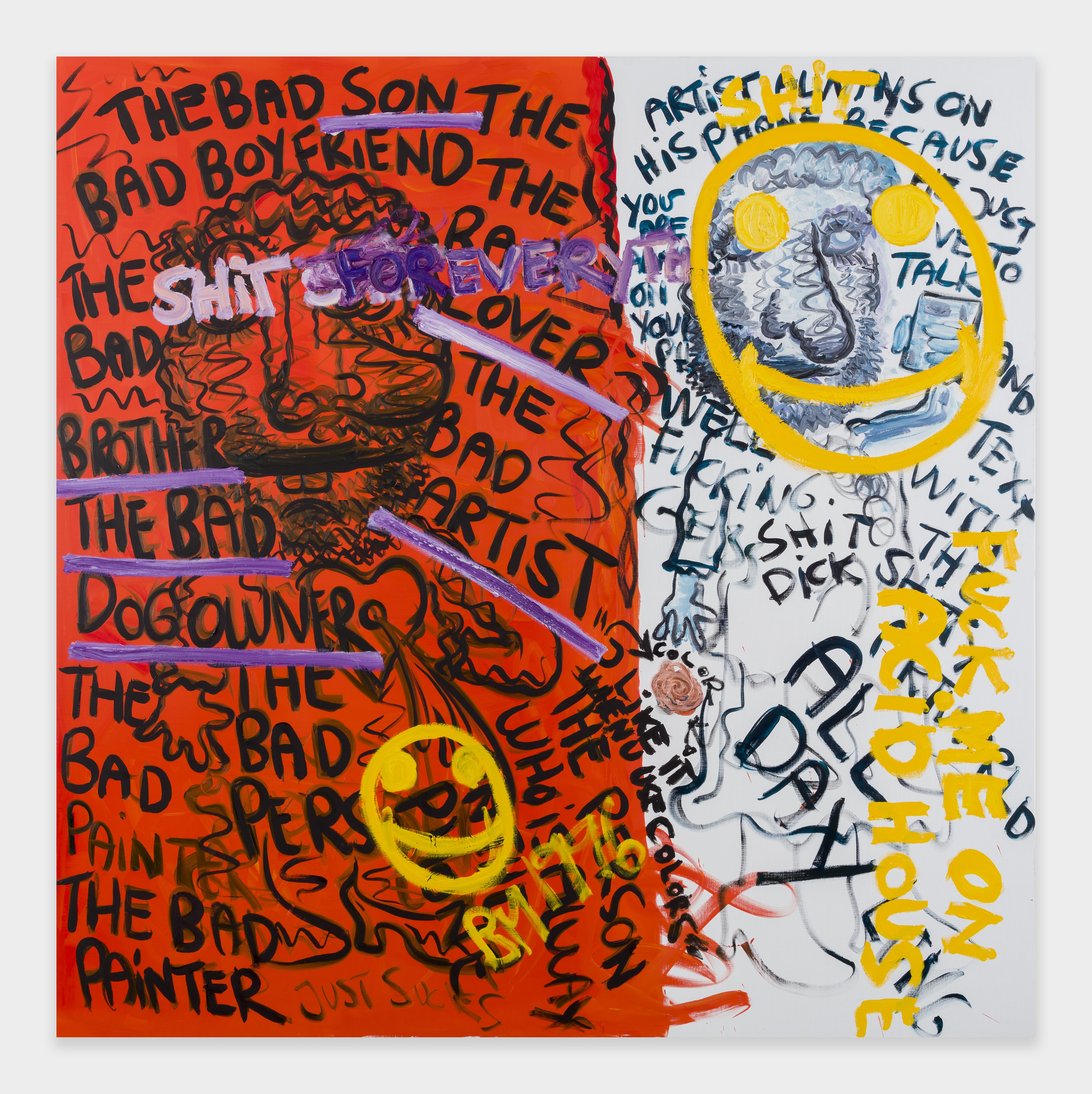 Norwegian artist BJARNE MELGAARD (°1967. Syndey, Australia) is an inimitable and provocative artist who, since the ’90s, became famous for his highly (neo-)expressive works oozing with an unapologetic in-your-face attitude. Gay sexuality, sadomasochism, drug abuse, violence, discriminated subcultures and social exclusion… no taboo is off-limits. During his career this attitude was regularly met with outrage, accusations and censorship, but Melgaard never backed down, he continues to use his own uncensored, eclectic life and that of his friends as a direct source of inspiration for cultural commentary in his extensive oeuvre of highly narrative paintings, sculptures, movies, novels, installations, puppet shows… offering the viewer a complete Melgaard – experience.

Melgaard has exhibited in major institutions, museums and galleries across the world. He represented Norway at the 54th Venice Biennale (2011), participated in the Lyon Biennale (2000 & 2013) and the Whitney Biennial (2014). The Astrup Fearnley Museum in Oslo (NO) presented a mid-career retrospective in 2010 and the Munch Museum in Oslo (NO) organised the Melgaard + Munch dialogue exhibition in 2015. He published more than a dozen of novels and in 2019 he created his first virtual reality work in Berlin at the Julia Stoshek Foundation in Berlin (DE). In 2023, the first comprehensive, major retrospective at a public institution in his homeland will be presented at the Munch Museum, Oslo (NO).

Bjarne Melgaard at Museum Dhondt-Dhaenens (BE)

Bjarne Melgaard  created a new permanent mural at Museum Dhondt-Dhaenens on the occasion of the reopening of the museum.