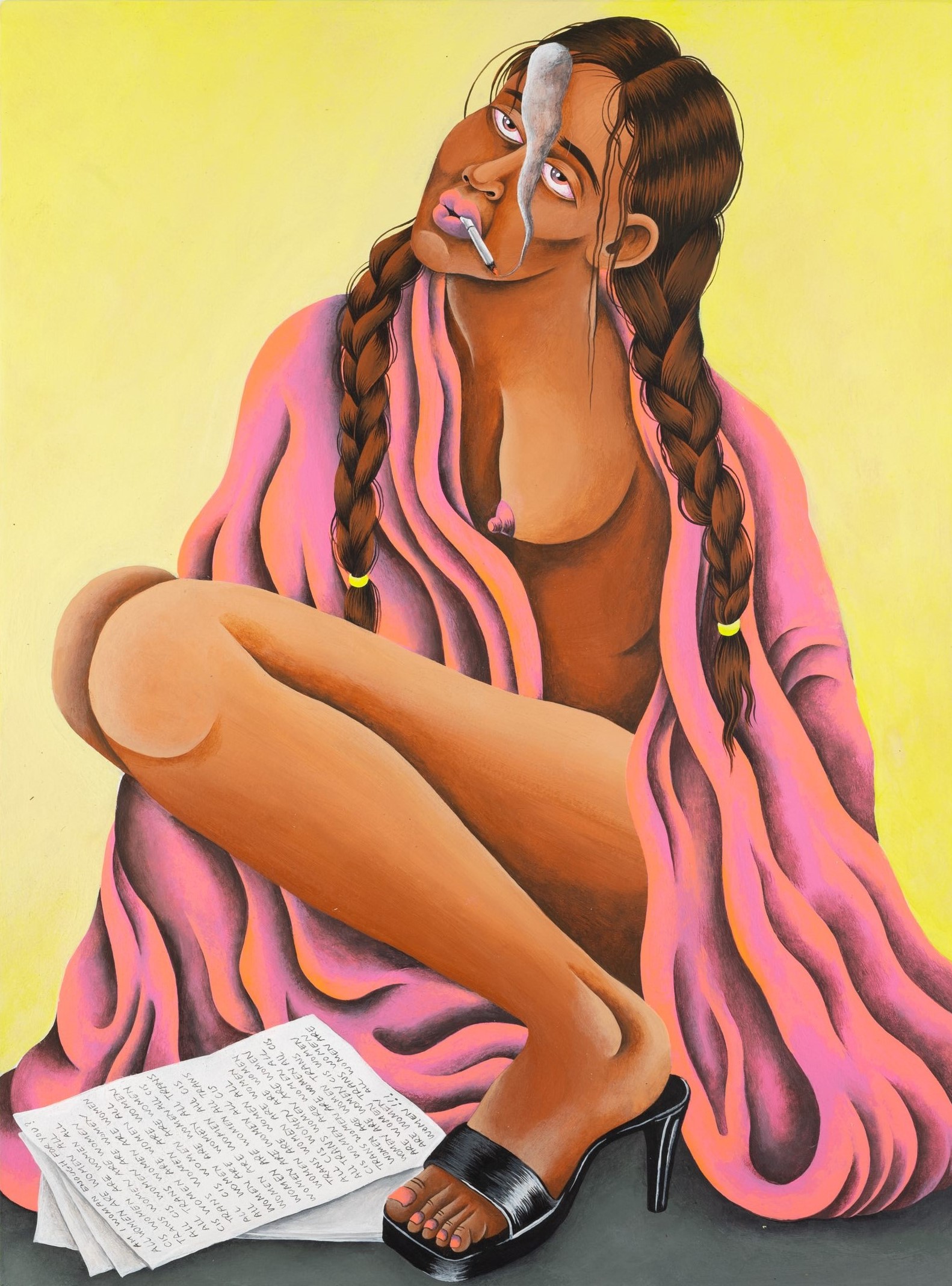 JOËLLE DUBOIS’ (°1990. Ghent, Belgium) bold, colourful and glossy paintings are a feist of ambiguities. Taking social media’s effect on predominantly female users’ lives as a main theme, Dubois explores the digital maze running through these women’s very real lives. Irreversibly integrated in their homes, daily rhythms and sense of selves, smartphones have become portals to an inevitably elusive world of ideals dictating everything happening offscreen. Addicted to social media, endlessly scrolling through images, staring at others – and in so doing at themselves – these women seem caught in an endless quest for both the ultimate liquid* version of themselves and a daily satisfactory amount of social contact and confirmation.

In looking at things, we communicate with those things. We (sub)consciously react to everything we see by recognising ourselves in it (or not), taking a stance, having an emotional reaction to it,… No matter how insignificant an image may appear, we always become involved. Dubois’ works point to exactly this: how what we see influences how we are, feel and act; how everything we look at thus infiltrates our whole being and sense of reality.

She often paints women half naked – exposed and made vulnerable by all they’ve seen and projected onto themselves – with unshaven legs, in unflattering poses, chubby legs…. relentlessly comparing themselves to the images on their phone. When engaged in social events, even the most intimate, they’re never really there, but always there. A mixture of hope, feminism, obsession, apathy, superficiality and realness depicts today’s frantically confused zeitgeist. With her unique visual language, inspired by Japanese erotic block prints, Dubois nevertheless manages to use the countless ambiguities in her works for good. The naivety of the characters points to a dazed but persistent quest for human connection, some sort of authenticity and understanding. Dubois exposes harsh realities but manages to keep things light and hopeful even when they appear bleak and desperate, evoking a sense of compassion rather than cynicism.

Her name is Lucy

am i woman enough for you?

ANNOUNCING THE REPRESENTATION OF JOËLLE DUBOIS

KETELEER GALLERY is very proud to announce the representation of Belgian painter Joëlle Dubois (°1990. Ghent, BE).