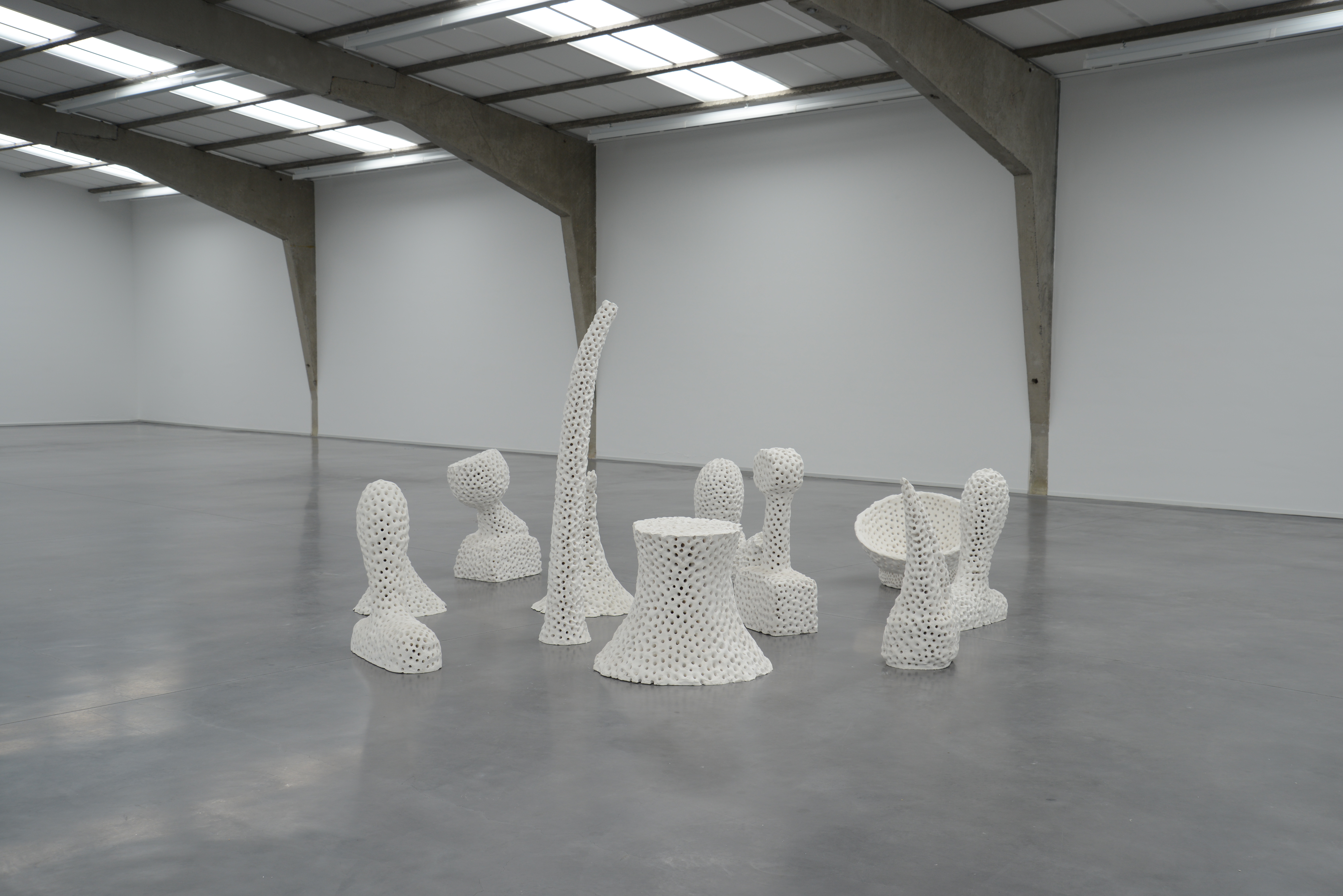 TONY CRAGG’s (°1949. Liverpool, UK) contribution to contemporary sculpture is considerable, and his work is a continuous search for new sculptural meaning, often inspired by scientists and philosophers. In the seventies, Cragg started to test entirely new possibilities with found objects and materials. Then his interest shifted to surface quality and a play with unlikely juxtapositions of materials. In the eighties, he broadened his interests in European sculptural traditions and found ways within sculptural language to refer to social content. From the mid-80s he started to use more traditional materials, such as plaster, steel, bronze as well as synthetic materials. Tony Cragg sees sculpture as essential experiences with materials resulting in new forms and meanings: “ (…) in changing things outside of the human mind, you are also changing your mind.” In line with his belief in sculpture as a material way of thinking, Cragg created a sculpture park in Wuppertal, which opened to the public in 2008.

Tony Cragg studied art after having worked as a laboratory technician. He moved to Wuppertal, Germany in 1977, where he has lived and worked ever since. He has taught at the famous Staatliche Kunstakademie in Düsseldorf since 1978. Since 1994 he was made a member of the Royal Academy. He represented Great Britain twice in the Venice Biennale and won the Turner Prize in 1988. In 2007, Tony Cragg was awarded the prestigious Japanese Praemium Imperiale for the significant impact his work has had on the field of sculpture.

Deweer Gallery introduced Tony Cragg in the group show ‘To Return To Base’(1991). Three one-man shows followed: in 1995, in 1998 (‘Sculptures and drawings’) and in 2002.
Tony Cragg has exhibited extensively in major institutions throughout the world, among others at Documenta in Kassel (in 1982 and 1987), Tate Gallery, Liverpool, UK, Neue Nationalgalerie Berlin, Museum of Contemporary Art, Rome, Museu Serralves, Porto, Central House of the Artist, Moscow, Museum der Moderne, Salzburg, The Louvre, Paris, Lembruck Museum, Duisburg and in 2016 the State Hermitage Museum, St Petersburg and the Von der Heydt-Museum, Wuppertal.