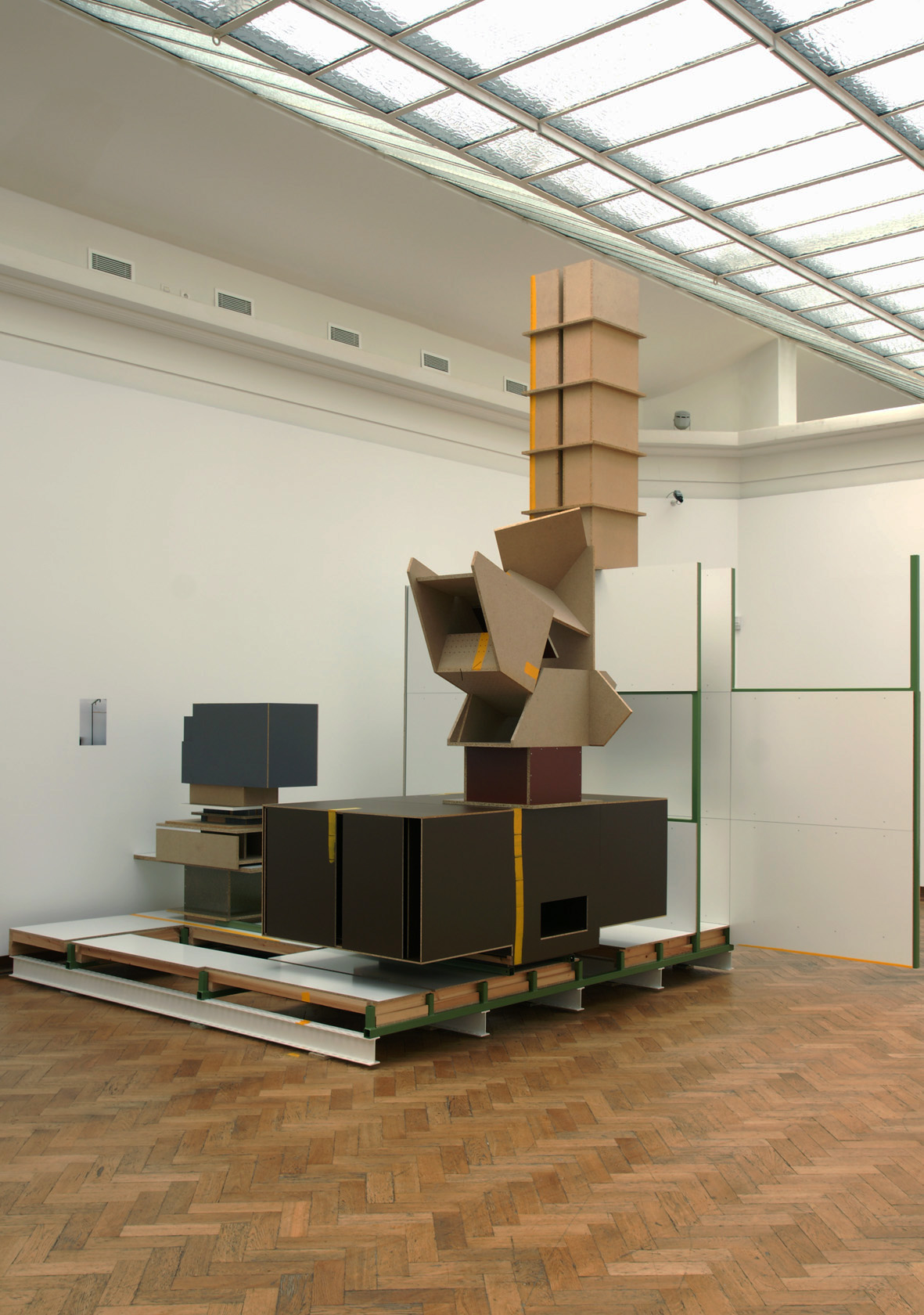 JAN DE COCK (°1976. Brussels, Belgium) is one of the most prominent Belgian personalities in today’s visual arts. From his very first creations, he has been dealing with the theme of production and with the way an artist relates to the broad, culturally injected concept of modernism.

Jan De Cock’s output can be defined as an enterprise that expands over time, and in which progression is obtained by creating forms that generate fundamental meanings, far beyond notions of aesthetical splendor. De Cock constructs intricately complicated systems of associations and references, as a montage of fragments. Each fragment within a work refers to another and contributes to the constitution of the oeuvre as a whole.
Hence, Jan De Cock belongs to a long tradition in which art is not seen as a generator of true meaning, but as a producer of difference instead; his art visualizes alternatives by pushing the freedom of aesthetic discourse to its limits.
The artistic development of Jan De Cock, from total-installation to total-installation, reads like an odyssey, a quest for ‘forms’. These forms are at once the ideal projection surface or support for his agile mental and intellectual discourse, and the core of his work.

In 2004 Deweer Gallery commissions Jan De Cock’s work ‘Denkmal 6AB’, that is at once a sculpture and the office of the gallery’s collaborators. In 2006 the gallery produces six carpets based on isometric perspective drawings by the artist. And in 2013 the gallery presented the one-man show ‘Everything for you , Otegem’.

NATURE MORTE WITH A BASTION

Nature morte with a plywood box