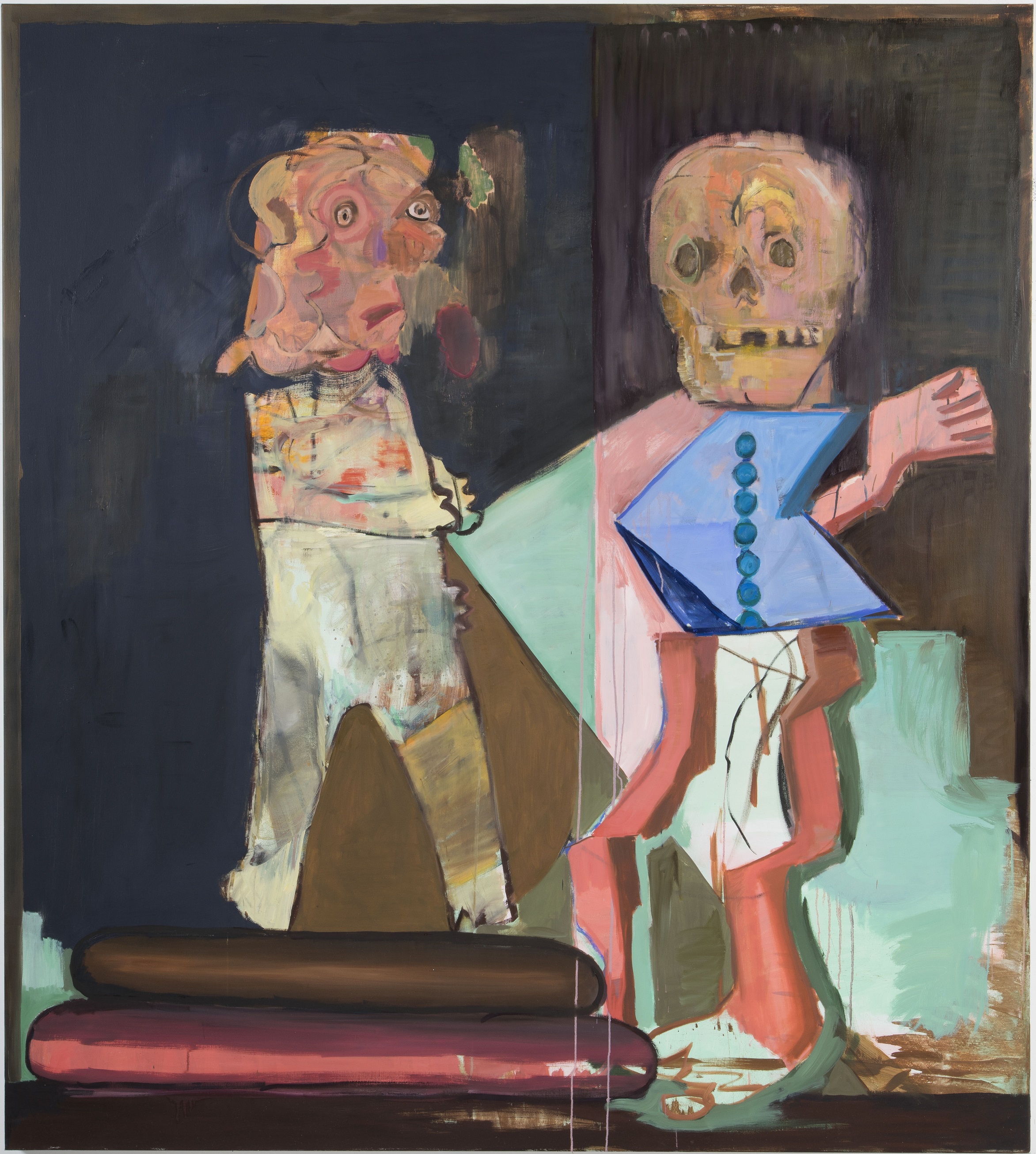 In the last couple of years, TATJANA GERHARD (°1974. Zürich, Switzerland) has realized a very personal, remarkable painterly oeuvre. First of all, we may observe that her work in a formal sense is quite unusual. Her paintings are small to medium-sized and brushed in thinly applied oil paint that often is being wiped out afterwards. They have no title. The images are figurative, almost archaic and naive. The figurative world she evokes in her oil paintings is alienating, even if it is reminiscent of the many uncanny worlds in which we grow up and live: tales, fantasies, dreams, stories, etc. Again and again and without discernible preparation she confronts herself with a white canvas and starts to apply the oil paint. Doing so and while painting she invents the world that is so typically hers.

Tatjana Gerhard paints quickly, in vague outlines, and limits herself to the most essential elements. Her paintings seem to be realized according to the principles of the surrealist ‘écriture automatique’. The result is recognizable (we understand more or less what we see), although a lot of mystery surrounds the meaning of her images. For the answer to the questions why her paintings are what they are and why they show what they show, the artist leaves us without words. Which doesn’t mean that she positions herself outside the history of painting. She very well is aware of the essential importance in the art of painting of a painter’s dealing with the relation between motive (the discursive presentation) and background (the pictorial space). Gerhard is juggling with that for- and background relation. Coloured surfaces that at first seem to be part of the characters rendered, are at second sight actually part of the abstract background. Gerhard is utterly fascinated by the blur of place and meaning of the elements of a painting.
While Gerhard distances herself in her newest paintings from the unearthly worlds of dream and fairy tales with which her former work was often associated, , she at once distances herself from our world by making paintings that are far more pictorially dramatic, autonomous and self-supporting. Again, without consciously having developed a program. Because Tatjana Gerhard continues to begin a new painting only guided by her intuition and with nothing else than say a bright oblique stripe of purple paint.

Deweer Gallery introduced Tatjana Gerhard with the solo exhibition ‘Als ob sie alles wussten (As if they knew it all)’ (2010). This exhibition was followed by solos in the Helmhaus in Zurich (2010, with catalogue) and the Centre Culturel Suisse in Paris (2011). In 2010, work by Tatjana Gerhard was included in two major thematic exhibitions in Belgian museums, in particular in ‘Public Private Paintings’ (Mu.ZEE, Ostend) and in ‘Hareng Saur – Ensor and Contemporary Art (Museum of Fine Arts & S.M.A.K. – Museum of Contemporary Art, both in Ghent). In 2012 Tatjana Gerhard was selected for the exhibition ‘Meret’s Funken’ (Kunstmuseum Bern, Switzerland) and in 2013 Jan Hoet selected a few of her works for his last exhibition ‘Middlegate Geel 2013’ (Geel, Belgium). In 2013 Deweer Gallery presented her 2nd solo show ‘Die neuen Sterblichen’ and in 2016 she exhibited solo for the 3rd time with her show ‘Disjecta’.