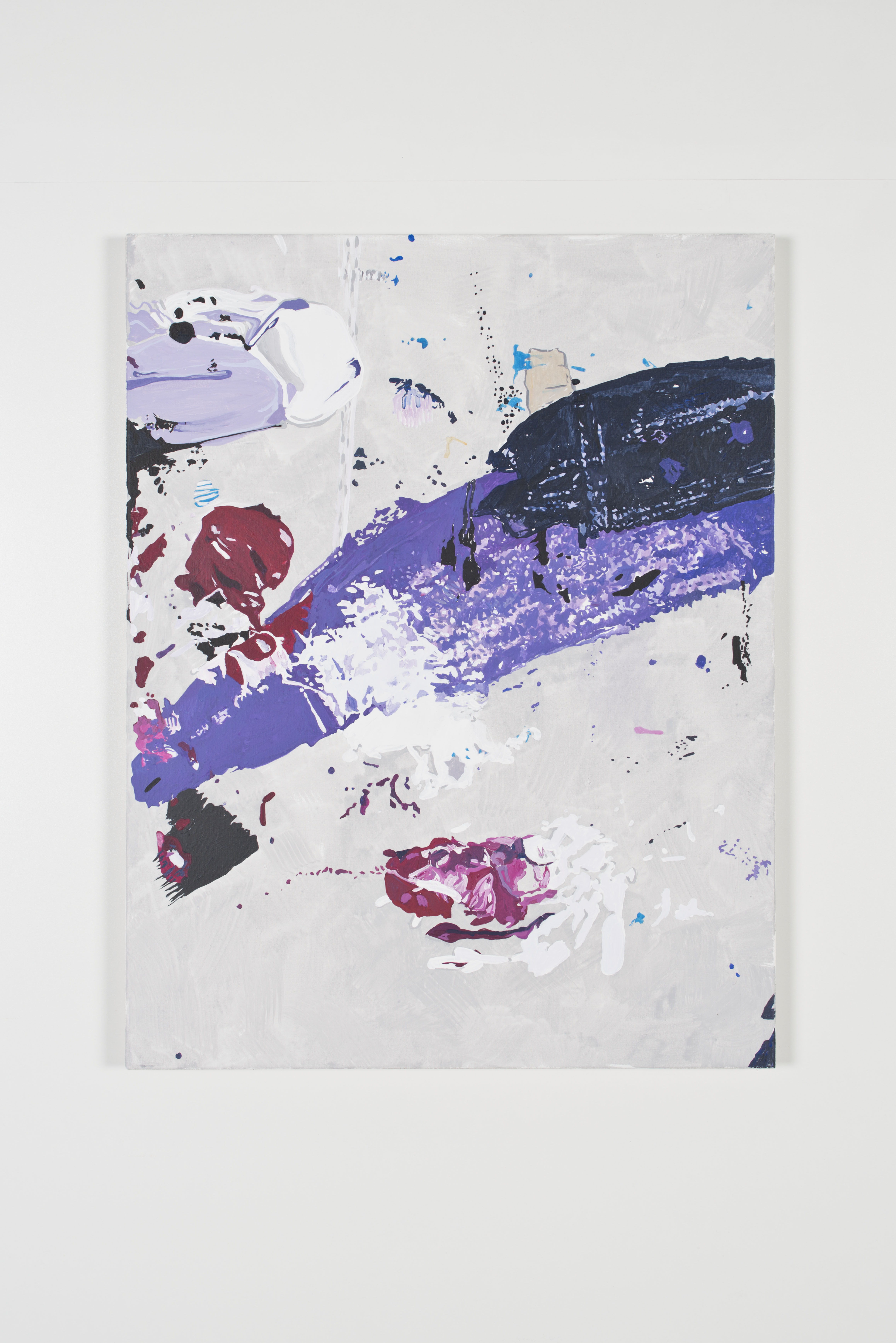 In her conceptual paintings, Melissa Gordon creates fascinating connections between the history, the political dimension, and the visual culture of the printed media and decisive moments in modern painting. In this way, she has in the recent past worked on the ethical aspects of media images, the ideologically laden work of American illustrator Norman Rockwell, the relationship between the imagery of the U.S. Work Projects Administration and abstract expressionism, and the illusory role of perspective in the development of both painting and press coverage. What is remarkable is that, in each project, Gordon is able to translate the inner tension of her subjects into autonomous, abstract visual language.

In her series ‘Material Evidence’ for example Gordon uses the accidental, contingent remains of her artistic production as the impetus for new works. With a playful wink, Gordon presents series of abstract paintings of the accidental marks and traces of the process of painting found on the floor and the walls of her studio. The artist zooms in on these traces of paint, crops them, and then reproduces them in acrylic paint on linen.

One of her most recent series entitled ‘The Gesture is a Joke’ show a different series of gestures. Gordon made these “paintings” ‘cleaning’ paint poured on a piece of plastic and exposed to silkscreen. The expressive gestures are documents of an act of cleaning, and are printed on thin muslin so light can pass through the material, showing the structure of the support.

Melissa Gordon is currently writing a doctorate in the arts on Gesture and Liquidity with Kingston University, UK. She graduated from the BFA program in Painting/Printmaking at the Rhode Island School of Design, Providence, USA and attended the Cooper Union School of Art in New York. She has attended several residencies, including: Cove Park, International Artist In Residence, Cove, Scotland (2013), Spike Print and Spike Island, Bristol, UK (2013), University of Tennessee, Knoxville, USA (2010); WIELS in Brussels, BE (2008) and De Ateliers in Amsterdam, NL (2003).

Gordon has had numerous solo exhibitions across Europe and America. We list the most recent and important ones: ‘Collision’, Swiss Church in London, UK (2018); ‘Routine Pleasures’, The Vleeshal in Middelburg, NL (2016); ‘Derivative Value’, Overbeck-Gesellschaft in Lübeck, Germany (2016) and The Bluecoat, Liverpool, UK (2016). Recent group shows include: ‘The Mechanics of fluids’ (curated by Melissa Gordon), Marianne Boesky Gallery, New York, USA (2018); ‘This is the Gallery and the Gallery is Many Things’, Eastside Projects, Birmingham, UK, ‘The Oslo Museum of Contemporary Art’, Kunsthal Oslo, Norway (2017); ‘Something Stronger Than Me*’, WIELS in Brussels, BE (2017) and ‘Salon Hang’, Kunstverein Amsterdam, NL (2017).

Melissa Gordon was a Nominee for the Dorothea von Stetten Art Award, Kunstmuseum Bonn, Germany (2010) and was awarded, amongst others, the ABN AMRO Art Prize, Amsterdam, NL (2007).