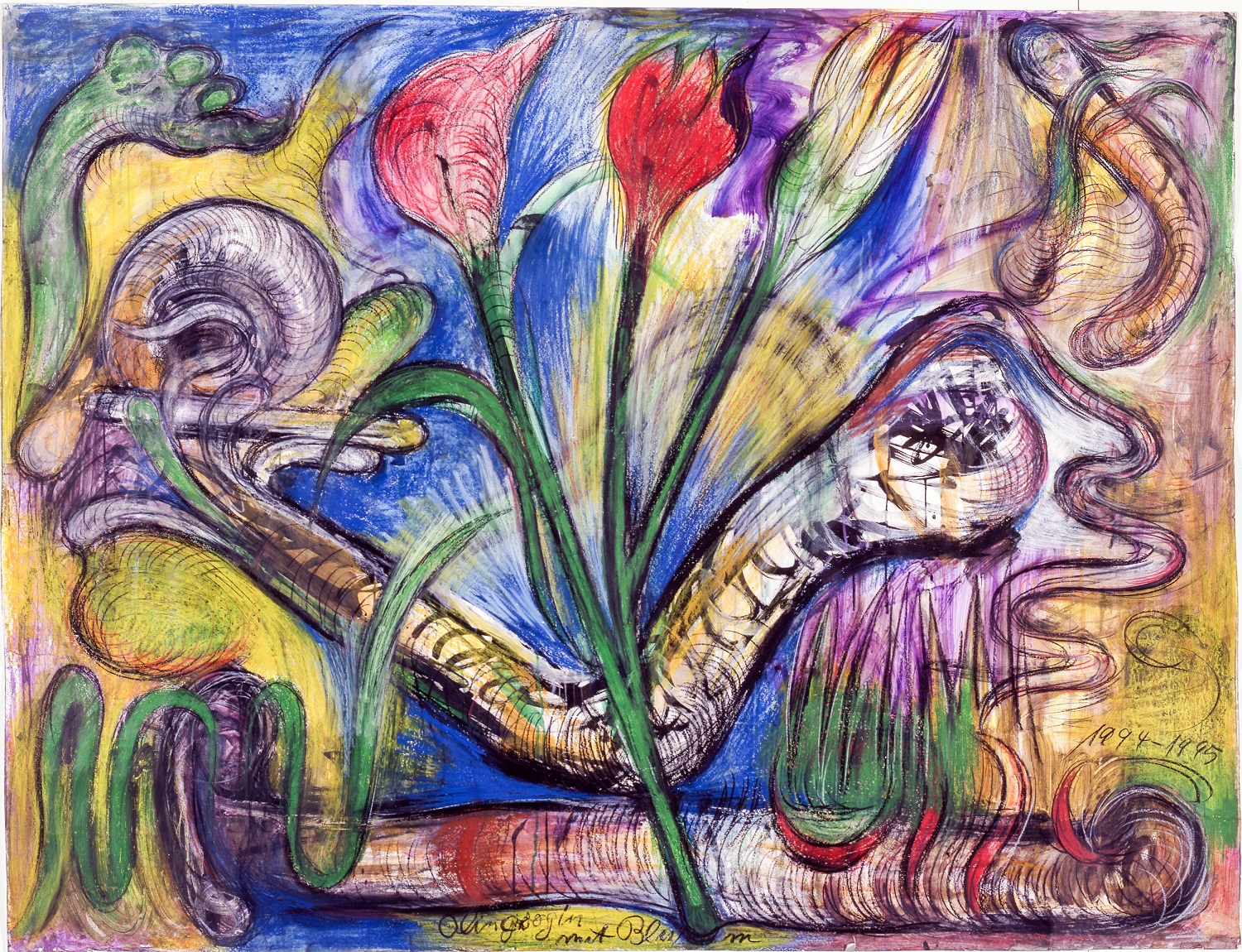 ANTONIUS HÖCKELMANN (1937, Oelde, Germany – 2000, Cologne, Germany) was one of the most talented and important German artists of his generation. Together with friends/artists such as George Baselitz, A.R. Penck, Markus Lüpertz and Jörg Immendorff, Höckelmann was a pivotal figure in the post-war German art scene that was dedicated to expressive figuration.

Antonius Höckelmann studied at the Hochschule für Bildende Kunst in Berlin from 1957 until 1961. He was a educated by professors such as Karl Hartung and Hann Trier, two eminent figures well-known for their abstract sculptures. Antonius Höckelmann’s work was included twice in Documenta in Kassel (1977 and 1982). He participated in a series of solo exhibitions in, among others, Sammlung Würth, Hirschwirtscheuer, Künzelsau, Germany (2015), the LehmbruckMuseum, Duisburg, Germany (2014), Galerie Michael Werner, Märkisch Wilmersdorf, Germany (2014), Sammlung Würth, Deutschordensmuseum, Bad Mergentheim, Germany (2012), Gustav-Lübcke-Museum, Hamm, Germany (2002) and the Stadtmuseum Beckum, Germany (2002). In the seventies and eighties some important solo exhibitions took place such as one in Kunsthalle Köln (1980) and one in Kunsthalle Bern (1975). Since 1966 he exhibited at Michael Werner gallery when the gallery was still based in Berlin. He already had three solo exhibitions at Deweer Gallery (1995, 1989, 1988).

The work of Antonius Höckelmann is represented in, among others, the prestigious public and private collections such as the collections of Museum Ludwig in Cologne, the Nationalgalerie in Berlin, the Van Abbemuseum in Eindhoven, the Museum of Modern Art (MoMA) in New York and the Metropolitan Museum of Art in New York.