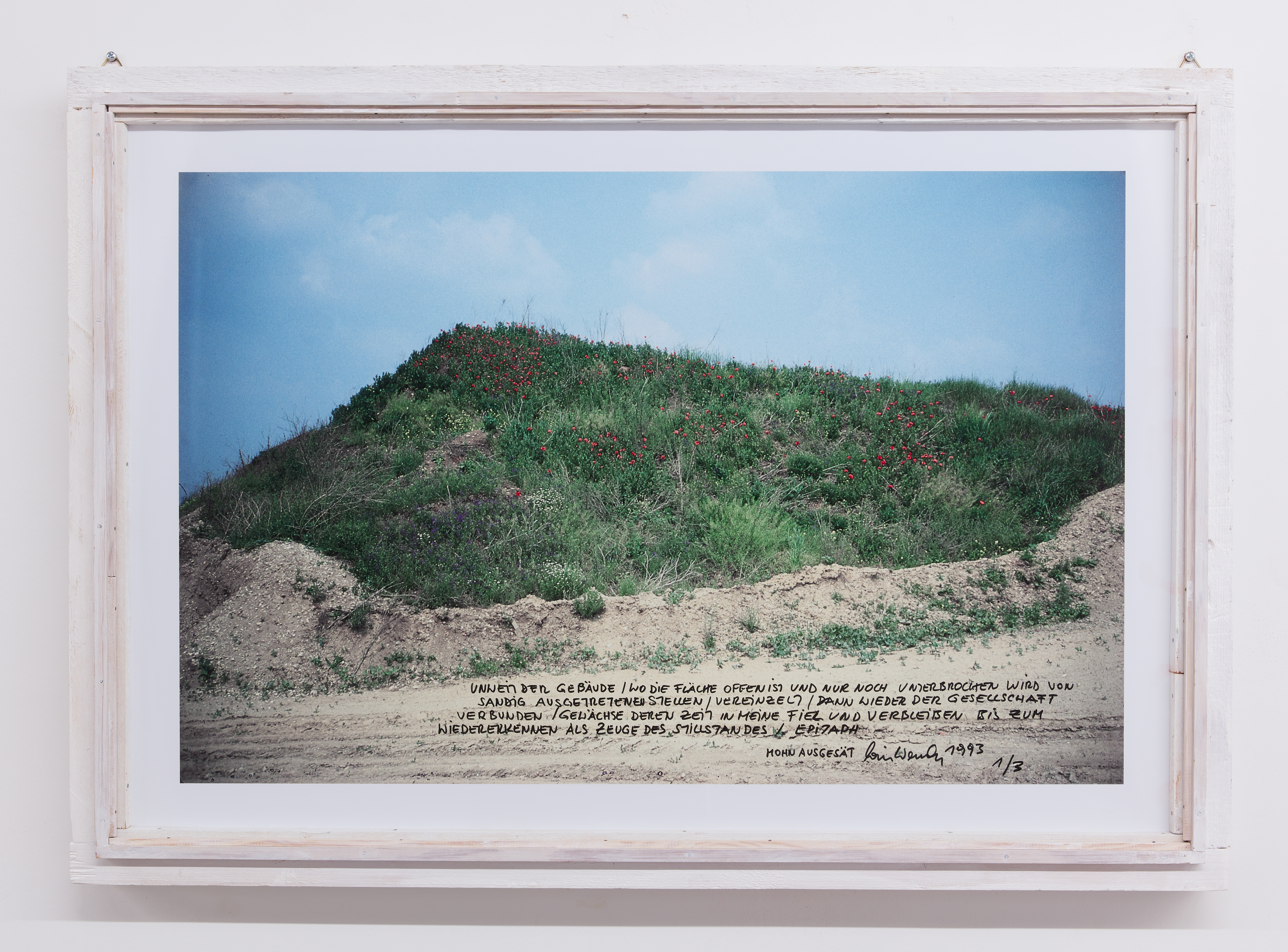 Lois Weinberger (1947 – 2020), who calls himself an ‘agricultural worker’, is known for using nature as his medium: he speaks through it, but also lets it speak for itself. His minimal but decisive interventions, in both city centres and their more rural outskirts, are there to uncover realities that were phased out of the utilitarian infrastructure and thinking of modern society.

Weeds for example, are a recurrent tool in Weinberger’s oeuvre. In many of his works, the seemingly useless but rebellious plants, which tend to pop up in the most unexpected and unwanted places, are given free reign – in neatly demarcated zones that is. His famous ‘Wild Cubes’ for instance, have been installed in small and large formats all over the world. The steel cube in which weeds are left to do their own thing and human interference is prohibited are a reference to all species – fauna, flora and human – which were driven to the edge of society, both literally and figuratively, for being unpredictable and thus uncontrollable. Whether it be a small sculpture made from twigs, plastic bags filled with concrete or a large ‘Heap of rotting plants’ (Austrian Pavilion, Venice Biennial, 2009), Weinberger continually aims to expose both the presumed irreconcilability and the actual interwovenness of the artificiality and functionalism of culture and the chaotic life forces of nature and (human) freedom.

Weinberger started making his first works in the 70s and hasn’t changed course since. Although his works could be seen as being highly influenced by the mindset of that era, they’re equally, if not more, relevant today.

At Night a Shadow Followed Me

ANNOUNCING THE REPRESENTATION OF LOIS WEINBERGER